Knights of the Borrowed Dark

The first book in a new series about an orphan boy who discovers he is part of a secret army that protects the world from a race of shadowy monsters. Grey placed his finger in the middle of the shadow. 'What's this?' he asked. Denizen frowned. 'It's a shadow.' 'No, it isn't,' Grey said. 'It's a door.' Denizen Hardwick doesn't believe in magic - until he's ambushed by a monster created from shadows and sees it destroyed by a word made of sunlight. That kind of thing can really change your perspective. Now Denizen is about to discover that there's a world beyond the one he knows. A world of living darkness where an unseen enemy awaits. Fortunately for humanity, between us and the shadows stand the Knights of the Borrowed Dark. Unfortunately for Denizen, he's one of them...
Winner of the Bord Gáis Energy Irish Book Awards Specsavers Children's Book of the Year Award - Senior for 2016. 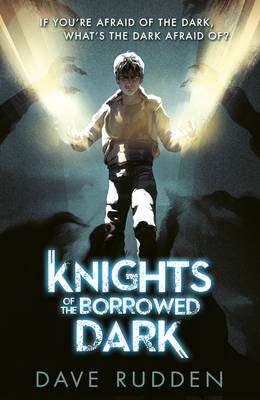 20% offPaperback
Knights of the Borrowed Dark also appears in these Categories:

20% off
The Case of the Drowned Pearl: A Murder Most Unladylike Mini-Mystery: World Book
Robin Stevens
€1.20

20% off
Murder Most Unladylike
Robin Stevens
€7.00

20% off
Arsenic for Tea: A Murder Most Unladylike Mystery
Robin Stevens
€7.00

20% off
Charlie and the Chocolate Factory
Roald Dahl
€7.00