Will has four brothers and it's chaos in his house! If he's not being teased by his big brother Marty, he has to deal with the terrible, three-headed bundle of cuteness that is his three younger brothers. Even worse, his mother has the brilliant idea of packing Will and Marty off to the library during the holidays. She just doesn't understand! Not only is the library no fun, it's also the habitat of the legendary librarian Spud Murphy.
If you put a foot wrong, it's rumoured she will use her dreaded gas-powered spud gun and you don't want that just ask Ugly Frank how he got his nickname! Eventually Will and Marty discover a love of books and that Mrs Murphy isn't so bad after all! 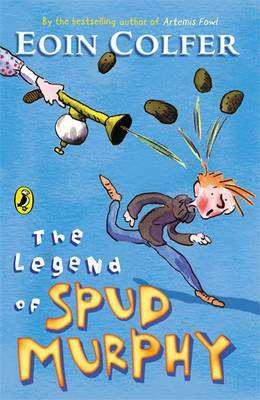 Paperback
Legend of Spud Murphy also appears in these Categories:

Mirabelle Gets up to Mischief
Harriet Muncaster
€7.20