Lillians story begins in Dublin in 1899, against the background of the Boer War, Dublin Castle social life and Civil Unrest . Lillian is the vivacious, pretty, strong-willed second daughter of an Irish Catholic Surgeon, living in Merrion Square. She falls in love with James, a handsome British Officer and a brother of her best friend Meg, who lives next-door to her Paternal Grandmother in Rathfarnham. James introduces her to golf, which becomes a means for them to meet and enjoy each others company without their parents, especially Lillians mother, Elizabeth becoming suspicious. Golf also gives Lilian another means of solace in times of heartbreak. Despite her mothers strong objections, due to Lillian being only seventeen, she and James became engaged on the eve of his departure to South Africa to fight in the Boer War. Although James returns to England a year later their lives are never the same again. Love conquers all is a story of love and tragedy and over coming adversity in a time when young women lived under their parents guidance in the high society that was Dublin in the early 19th century. 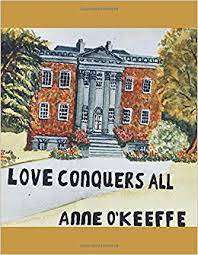 Paperback
Love Conquers All also appears in these Categories:

3.5% off
The Boundless and Miraculous: Found Poems in the Letters of Vincent Van Gogh
Larry Stapleton
€22.55