Know the Game Netball is the perfect introduction to thesport for all ages, whether you are a keen club player or beginner. Itis packed with expert text, clear illustrations and photographs of theprofessionals in action.The book includes: Playing the game: how to play netball, the rules, positions on the court, how to score The laws of the game: from scoring to umpiring Equipment and court: from the ball to the netball post, and positioning of players The skills: step-by-step guide to all the basic skills, including attacking, defending and scoring. The Know the Game series is firmly established as thedefinitive introduction to a wide range of sports and games. Written bythe experts, you can be sure that they contain everything you need toknow to take part. 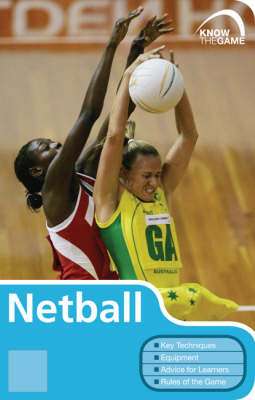 Paperback
NETBALL KNOW THE GAME also appears in these Categories:

Running in the Midpack
Martin Yelling
€15.65