New Selected Poems 1988-2013 provides an unrivalled account of a period of work that was crowned by the Nobel Prize for Literature in 1995. Together with its earlier, sibling volume, it completes the arc of a remarkable career. Shortly before his death in 2013, Seamus Heaney discussed with his publisher the prospect of a companion volume to his landmark New Selected Poems 1966-1987 aimed at presenting the second half of his career, 'from Seeing Things onwards', as he foresaw it. Although he was unable to complete a edition/selection, he left behind selections that have been followed here. New Selected Poems 1988-2013 reprints the author's chosen poems from his later years, beginning with his ground-breaking volume Seeing Things (1991), his two Whitbread Books of the Year, The Spirit Level (1996) and Beowulf (1999), and his multi-nominated, prize-winning volumes, Electric Light (2001), District and Circle (2006) and Human Chain (2010). The edition concludes with two posthumously published works. 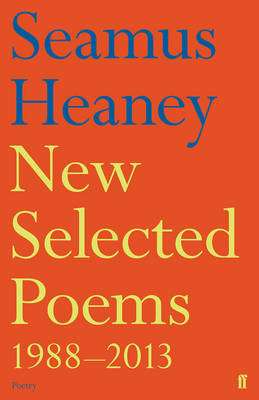