Working as a carny at a travelling circus, Stanton Carlisle watches the freak-show geek - an abject alcoholic, the object of the crowd's gleeful derision - and wonders how a man could fall so low. There's no way in hell, he vows, that anything like that will ever happen to him.

Unlike the tragic figure he sees before him, Stan is young, ambitious and quick to learn from the other carnival acts. Teaming up with a beautiful but vulnerable woman, Stan soon leaves his circus days behind him, becoming a successful spiritualist who exploits the weak and the wealthy.

But even the very best con-men can meet their match. . .

With a new introduction from James Smythe, Nightmare Alley is a forgotten classic of Depression-era America: a brilliant, horrifying, compulsive journey into the true darkness of the human mind. 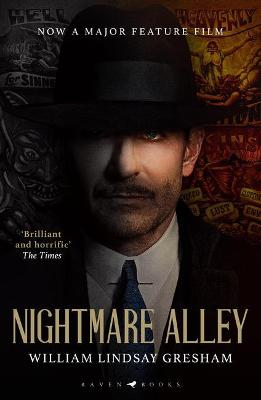 Geiger: The most gripping thriller debut since I AM PILGRIM
Gustaf Skoerdeman
Paperback
€12.50