On Palestine is Noam Chomsky and Ilan Pappe's indispensable update on a suffering region. What is the future of the Boycott, Divestment, and Sanctions movement directed at Israel? Which is more viable, the binational or one state solution? Ilan Pappe and Noam Chomsky, two leading voices in the struggle to liberate Palestine, discuss these critical questions and more in this urgent and timely book, a sequel to their acclaimed Gaza in Crisis. "Chomsky is a global phenomenon...he may be the most widely read American voice on foreign policy on the planet." (The New York Times Book Review). "Ilan Pappe is Israel's bravest, most principled, most incisive historian." (John Pilger). "This sober and unflinching analysis should be read and reckoned with by anyone concerned with practicable change in the long-suffering region." (Publishers Weekly (on Gaza in Crisis)). Noam Chomsky is the author of numerous bestselling and influential political books, including Hegemony or Survival, Failed States, Interventions, Hopes and Prospects, Gaza in Crisis, Making the Future and Occupy. Ilan Pappe is the author of the bestselling The Ethnic Cleansing of Palestine, A History of Modern Palestine, and The Israel/Palestine Question. Frank Barat is a human rights activist and coordinator of the Russell Tribunal on Palestine. 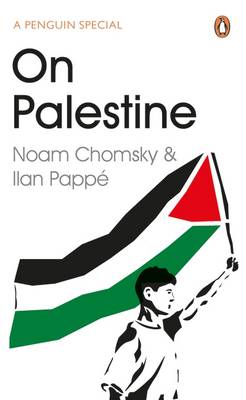 Paperback
On Palestine also appears in these Categories:

The Pay Off: How Changing the Way We Pay Changes Everything
Gottfried Leibbrandt
Paperback
€12.50

Make it Happen: You Can Be An Activist
Amika George
Paperback
€12.50

No Escape: The True Story of China's Genocide of the Uyghurs
Nury Turkel
Trade Paperback
€18.75