On the Plain of Snakes: A Mexican Road Trip

WINNER OF THE EDWARD STANFORD AWARD FOR OUTSTANDING CONTRIBUTION TO TRAVEL WRITING 2020 The master of contemporary travel writing, Paul Theroux, immerses himself in the beautiful and troubled heart of modern Mexico Nogales is a border town caught between Mexico and the United States of America. A forty-foot steel fence runs through its centre, separating the prosperous US side from the impoverished Mexican side. It is a fascinating site of tension, now more than ever, as the town fills with hopeful border crossers and the deportees who have been caught and brought back. And it is here that Paul Theroux will begin his journey into the culturally rich but troubled heart of modern Mexico. Moving through the deserts just south of the Arizona border, Theroux finds a place brimming with charm, yet visibly marked by both the US border patrol looming to the north and mounting discord from within. Attending local language and culinary schools, driving through the country and meeting its people, Paul Theroux gets under the skin of Mexico. From the writer praised for his 'curiosity and affection for humanity in all its forms' (New York Times Book Review), On The Plain of Snakes is an urgent and mesmerising exploration of a region in conflict. Praise for Paul Theroux: 'As cool as Maugham... as observant, intuitive, wry, inventive and eloquent as Graham Greene' Sunday Times 'Theroux's work remains the standard by which other travel writing must be judged' Observer 'The world's most perceptive travel writer' Daily Mail 'One of the most accomplished and worldly-wise writers of his generation' The Times 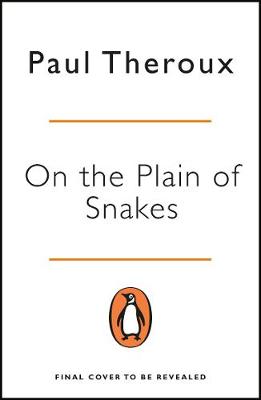 Paperback
On the Plain of Snakes: A Mexican Road Trip also appears in these Categories:

The Downhill Hiking Club: A short walk across the Lebanon
Dom Joly
€12.20

Concise World Atlas: An Encyclopedia in an Atlas
DK
€21.65

Hiking with Nietzsche: Becoming Who You Are
John Kaag
€12.20

So It Goes: Travels in the Aran Isles, Xian and places in between
Nicholas Bouvier
€18.30