Captain of the greatest football team in modern times in Ireland, Brian Gartland has won it all in the final years of his amazing career.

He has been a central part, and later captain, of the Dundalk team that won the Premier Division title in 2014, 15, 16, 18 and 19, and did the league and cup double in 2015 and 18. But the Dubliner, who started out on his career with Bray Wanderers over a decade before the first of those successes, had found himself running out of time as the final leg of his football life came into sight.

He wore the colours of Bray, Shelbourne, Monaghan United and Portadown during that decade - before he got One Last Shot at becoming a leader in a team destined for greatness. On his first start for Dundalk he hit the back of the net, and in the triumphant 2014 season he scored 11 goals in paving the way for ultimate success. It might never have happened for Brian Gartland...

He had One Last Shot and he took it with courage, and a determination that has made him one of the outstanding footballers in League of Ireland history. 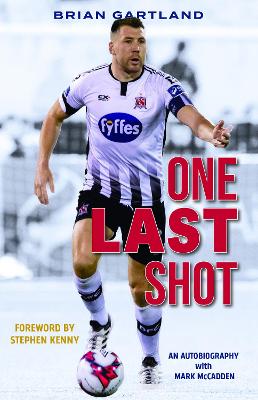