This compelling reconstruction of the life and thought of St Paul paints a vivid picture of the Roman world in which he preached his revolutionary message and explains the significance of his lasting impact on both the Church and the world. Regarded by many as the founder of Christianity, Paul of Tarsus is one of the most controversial and powerful figures in history. His writings have had an incalculable influence on Western culture and beyond, and his words continue to guide the lives of over two billion Christians across the world today. In this superbly detailed biography Tom Wright traces Paul's career from zealous persecutor of the fledgling Church, through his journeys as the world's greatest missionary theologian, to his likely death as a Christian martyr at the hands of Nero in the mid 60s CE. Drawing judiciously on the latest research into the Jewish, Greek and Roman worlds, and enriched by a wealth of critical insight into Paul's own writings, this is the most rounded portrait of the apostle ever painted - his development, motivations, spiritual struggles and intellectual achievements, and his lasting impact over two millennia. 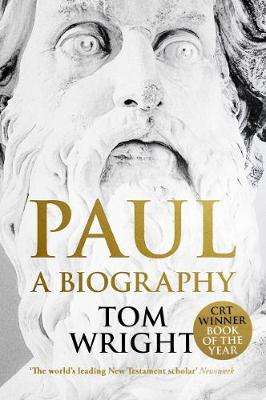 Paperback
Paul: A Biography also appears in these Categories:

11% off
The Sound of the Shuttle: Essays on Cultural Belonging & Protestantism in Northe
Gerald Dawe
€18.95

4% off
In the Closet of the Vatican: Power, Homosexuality, Hypocrisy
Frederic Martel
€17.99

A Fierce Heart: Finding Strength, Courage, and Wisdom in Any Moment
Spring Washam
€14.80