Percy Jackson and the Last Olympian is the fifth awesome adventure in Rick Riordan's top-ten bestselling series. Now with a thrilling new cover look. Half Boy. Half God. All Hero. Most people get presents on their sixteenth birthday. I get a prophecy that could save or destroy the world. It happens when you're the son of Poseidon, God of the Sea. According to an ancient prophecy, I turn sixteen and the fate of the entire world is on me. But no pressure. Now Kronos, Lord of the Titans, is beginning his attack on New York City. And the dreaded monster Typhon is also heading our way. So it's me and forty of my demi-god friends versus untold evil...Rick Riordan is the Mythmaster. The Greek Gods are alive and kicking - and see for yourself. "Riordan takes the reader back to the stories we love; then shakes the cobwebs out of them". (Eoin Colfer). "Witty and inspired. Gripping, touching and deliciously satirical". (The Times). "Puns, jokes and subtle wit, alongside a gripping storyline". (Telegraph). "Perfectly paced, with electrifying moments chasing each other like heartbeats". (New York Times). "It's Buffy meets Artemis Fowl. Thumbs up". (Sunday Times). "Funny ...very exciting ...but it's the storytelling that will get readers hooked. After all, this is the stuff of legends". (Guardian). About the author: Rick Riordan is an award-winning mystery writer. He lives in San Antonio, Texas, with his wife and two sons. Percy Jackson and the Lightning Thief, Rick's first novel featuring the heroic young demigod, was the overall winner of the Red House Children's Book Award in 2006. Books by Rick Riordan: The Percy Jackson series: Percy Jackson and the Lightning Thief; Percy Jackson and the Sea of Monsters; Percy Jackson and the Titan's Curse; Percy Jackson and the Battle of the Labyrinth; Percy Jackson and the Last Olympian; and Percy Jackson: The Demigod Files. The Heroes of Olympus series: The Lost Hero; The Son Of Neptune; The Mark of Athena; and The Heroes of Olympus: The Demigod Files. The Kane Chronicles series: The Red Pyramid; The Throne of Fire; and The Serpent's Shadow. 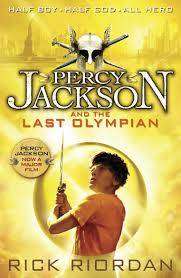 3% off
Murder on the Safari Star
M. G. Leonard

Gone to the Woods: A True Story of Growing Up in the Wild
Gary Paulsen
€9.65

17% off
The Beast of Buckingham Palace
David Walliams
€7.99