Pilgrim Paths in Ireland: A Guide: From Slieve Mish to Skellig Michael

The popularity of the Camino de Santiago has prompted renewed interest in pilgrim walks in Ireland. Our ancient network of sacred paths means there is no need to travel abroad to enjoy symbolic trails in the footsteps of generations past. Increasing numbers now follow ancient routes through captivating Irish scenery to such holy places as Glencolumbkille, Croagh Patrick, Lough Derg and Glendalough. John G. O'Dwyer has walked these pilgrim trails, from Slieve Mish in the northeast, where Christianity may have had its first dawning in Ireland, to Skellig Michael in the southwest, where the known world once ended. His well-received guide is now updated with five additional journeys of homage, including Kerry's Cnoc na dTobar and Wicklow's St Declan's Way. Each walk includes clear directions, the degree of difficulty, estimated time and a map. The paths are varied and suit a range of abilities, from casual ramblers to committed walkers.Whatever your beliefs, enjoy a sublime escape from the present with an outdoor experience that reaches unbroken from time immemorial. 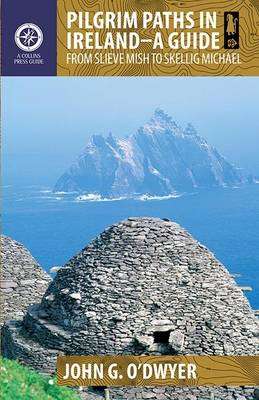 20% offPaperback
Pilgrim Paths in Ireland: A Guide: From Slieve Mish to Skellig Michael also appears in these Categories:

36% off
Hitching for Hope: A Journey into the Heart and Soul of Ireland
Ruairí McKiernan
€11.99

20% off
The Salt Path
Raynor Winn

20% off
A Time of Birds: Reflections on cycling across Europe
Helen Moat
€10.00

20% off
Elsewhere: One Woman, One Rucksack, One Lifetime of Travel
Rosita Boland
€9.00

20% off
A Pilgrim's Guide to the Camino Ingles & Camino Finisterre
John Brierley
€11.99

21% off
Walking the Camino dos Faros: The Way of the Lighthouses on Spain's Galician coa
John Hayes
€14.76