Why do some people involve themselves in politics and others not? Which issues are they concerned with? What do they get out of it? Answering such questions is fundamental to understanding political life and the workings of liberal democracies. This book presents the results of one of the most extensive surveys ever undertaken on the levels and patterns of political involvement in Britain. It is based on the findings of a sample survey of nearly 1,600 people across England, Scotland and Wales as well as a further 1,600 men and women and nearly 300 leaders in six specially selected and contrasting communities. These people were asked about the extent to which they had taken political action, particularly at a local level, and the authors found higher levels of participation than previous research has revealed. They analyse these findings in terms of age, gender, social class and education and look at the reactions of local leaders to the efforts people make to influence them. 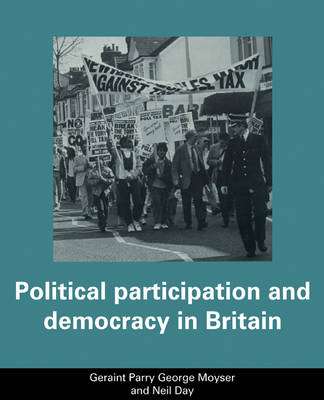 Paperback
POLITICAL PARTICIPATION AND DEMOCRA also appears in these Categories:

How Do We Know We're Doing It Right?: Essays on Modern Life
Pandora Sykes
€18.05

Natives: Race and Class in the Ruins of Empire
Akala
€10.85

Pedagogy of the Oppressed
Paulo Freire
€12.05

This is Why I Resist - Don't Define My Black Identity
Shola Mos-Shogbamimu
€18.05