Ghostnotes : Music of the Unplayed

Brian "B+" Cross is one of the most prominent hip-hop/rap photographers working today. He has photographed more than one hundred album covers for artists such as DJ Shadow, J Dilla, Q-Tip, Eazy-E, Flying Lotus, Mos Def, David Axelrod, Madlib, Dilated Peoples, Damian Marley, and Company Flow. B+ was the director of photography for the Academy Award-nominated documentary Exit Through the Gift Shop, and he has made music videos for DJ Shadow, Moses Sumney, Thundercat, Quantic, Ondatropica, and Kamasi Washington. His photos have appeared in the New York Times, Rolling Stone, Billboard, and the Wire. Ghostnotes presents a mid-career retrospective of B+'s photography of hip-hop music and its sources. Taking its name from the unplayed sounds that exist between beats in a rhythm, the book creates a visual music, putting photos next to each other to evoke unseen images in the spaces between them. Like a DJ seamlessly overlapping and entangling disparate musics, B+ brings together LA Black Arts poetry and Jamaican dub, Brazilian samba and Ethiopian jazz, Cuban timba and Colombian cumbia. He links vendors of rare vinyl with iconic studio wizards ranging from J Dilla and Brian Wilson to Leon Ware and George Clinton, from David Axelrod to Shuggie Otis, Bill Withers to Ras Kass, Biggie Smalls to Timmy Thomas, DJ Shadow to Eugene McDaniels, DJ Quik to Madlib. In this unique photographic mix tape, an extraordinary web of associations becomes apparent, revealing unseen connections between people, cultures, and their creations. 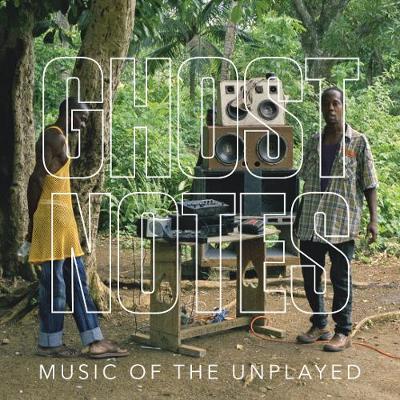 Hardback
Ghostnotes : Music of the Unplayed also appears in these Categories:

Get the Photos Others Can't
Michael Freeman
Hardback
€23.75

There and Back: Photographs from the Edge
Jimmy Chin
Hardback

American Geography: A Reckoning with a Dream
Matt Black
Hardback
€49.99

How Do I Photograph A Sunset?
Chris Gatcum
Paperback
€21.25

In Hinde Sight: Postcards from Ireland Past
Paul Kelly
Hardback
€19.99