Pulling Back The Clouds - Mike Kelly

This is the story of Michael Kelly, collector and curator of the die-cast model aircraft display in Shannon Aiport's Departure Lounge. From his native Limerick, Michael networked and befriended some of the world's most renowned model aircraft distributors and the collection has some of the rarest and mose prized aircraft models in the world. The dream, which began when he wa a boy, has come to be realised by mutual collaboration with the airport Authority and is a 'must see' for all passing through the airport.

'This collection is an obsession, an act of love by Mike Kelly... and it has found its home here in Shannon Airport.' 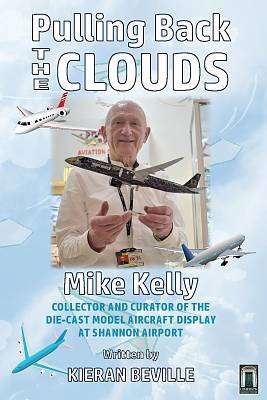 Paperback
Pulling Back The Clouds - Mike Kelly also appears in these Categories:

The Road to the Top of the Mountain
Anne Masson

L.E.L.: The Lost Life and Mysterious Death of the 'Female Byron'
Lucasta Miller
€14.45