A Guarded Life: My story of the dark side of An Garda Siochana

A GARDA, A FORCED ADOPTION, A FIGHT FOR JUSTICE In 1984, Majella Moynihan was a fresh-faced young garda recruit when she gave birth to a baby boy. Charged with breaching An Garda Siochana's disciplinary rules - for having premarital sex with another guard, becoming pregnant, and having a child - she was pressured to give up her baby for adoption, or face dismissal. It forced her into a decision that would have devastating impacts on her life. Majella left the force in 1998 after many difficult years and, in 2019, following an RTE documentary on her case, she received an apology from the Garda Commissioner and Minister for Justice for the ordeal she endured as a young garda. Here, for the first time, she tells the full story. From an institutional childhood after the death of her mother when she was a baby, to realising her vocation of becoming a guard only to confront the reality of a police culture steeped in misogyny and prejudice, A Guarded Life is both a courageous personal account of hope and resilience in the darkest times, and a striking reflection on womanhood and autonomy in modern Ireland. 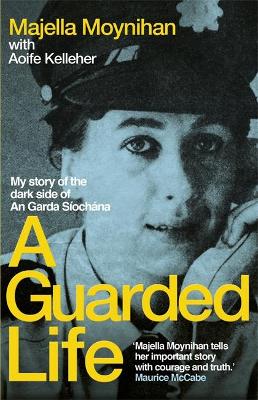 Paperback
A Guarded Life: My story of the dark side of An Garda Siochana also appears in these Categories:

How Not To Be Wrong: The Art of Changing Your Mind
James O'Brien
€12.20