The Couple at No 9

It was the house of their dreams. Now it's their worst nightmare . . .

When pregnant Saffron Cutler moves into 9 Skelton Place with boyfriend Tom and sets about renovations, the last thing she expects is builders uncovering a body. Two bodies, in fact.

Forensics indicate the bodies have been buried at least thirty years, which leads the police to question the cottage's former owner - Saffy's grandmother, Rose.

Rose's Alzheimer's means her memory is increasingly confused. She can't help the police - but it is clear she remembers something.

A killer at large?

As Rose's fragmented memories resurface, and the police dig ever deeper, Saffy fears she and the cottage are being watched . . .

What happened thirty years ago?
What part did her grandmother play?
And is Saffy now in danger?. . . 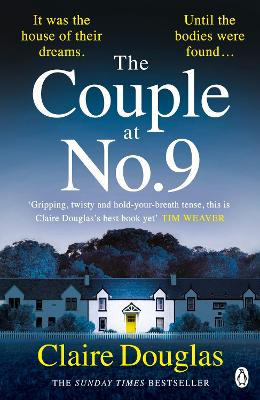 Paperback
The Couple at No 9 also appears in these Categories:

The Stranger: A Times Thriller of the Year
Simon Conway
Paperback
€11.25