Step back in time with this accessible walking guide to the revolutionary history of Dublin. John Gibney and Donal Fallon have spent years leading historical walking tours through the city, and now guide readers at their own pace through this radical period, bringing it to life in a novel way, from the perspective of the streets and buildings in which it took place. Beginning in 1912, when Dublin was a city of the British Empire, and finishing in the aftermath of the Civil War in 1923, en route it covers the 1913 Lockout, the impact of the First World War, the 1916 Rising and the War of Independence. These groundbreaking events are set against the backdrop of the city's multifaceted development. Each walk covers a different area, setting the scene with a rich overview of its social, cultural and architectural context during this era, then taking in well-known landmarks and hidden corners where key events unfolded, from Kilmainham Gaol in the west, through Liberty Hall and Jacob's biscuit factory in the inner city, to Croke Park in the north. Along the way, readers will get to know the diverse cast who shaped Ireland's revolution, from lesser-known figures like Rosie Hackett, to iconic leaders like Patrick Pearse. Each route follows on from the last, allowing readers to extend their explorations through the city. Whether you're a first-time visitor or a born-and-bred Dubliner, follow in the footsteps of the men and women who shaped and witnessed the Irish revolution and see the city as they did. 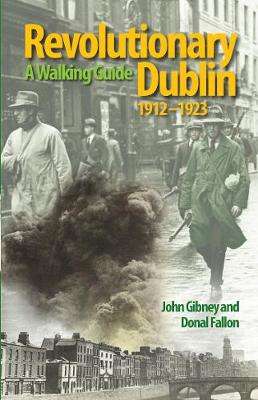 36% off
Hitching for Hope: A Journey into the Heart and Soul of Ireland
Ruairí McKiernan
€11.99

20% off
The Salt Path
Raynor Winn

20% off
A Time of Birds: Reflections on cycling across Europe
Helen Moat
€10.00

20% off
Elsewhere: One Woman, One Rucksack, One Lifetime of Travel
Rosita Boland
€9.00

20% off
A Pilgrim's Guide to the Camino Ingles & Camino Finisterre
John Brierley
€11.99

21% off
Walking the Camino dos Faros: The Way of the Lighthouses on Spain's Galician coa
John Hayes
€14.76