Along with Cream and Led Zeppelin, Free stands as one of the most influential bands of the late Sixties British blues boom. Formed in London during the spring of 1968, Free s original line-up included drummer Simon Kirke, bassist Andy Fraser, lead vocalist Paul Rodgers and guitarist Paul Kossoff.

Five decades ago, their signature song All Right Now helped secure them a place at the Isle of Wight Festival in 1970, where they played to 600,000 people. All Right Now became a number one hit in over 20 territories and remains a rock staple. The track entered in ASCAP's "One Million" airplay singles club and has now passed 2,000,000 radio plays in the UK.

After the demise of Free, Paul Rodgers and Simon Kirke enjoyed great success throughout the Seventies with Bad Company. Their first three albums, Bad Company (1974), Straight Shooter (1975), and Run with the Pack (1976), reached the top five in the album charts in both the UK and US. Many of their singles Can't Get Enough , Good Lovin Gone Bad , Feel Like Makin' Love and Rock 'n' Roll Fantasy , remain staples of classic rock radio.

Celebrating 50 years since the release of All Right Now and their classic album Fire And Water, this new official book Rock 'n' Roll Fantasy is an oral history mixing over 350 fan anecdotes with a narrative written by Paul Rodgers and Simon Kirke following the career of Free, Bad Company, the solo years of Paul Rodgers as well as the associated acts Paul has worked with including The Firm and Queen.

The book features never before seen photographs, collectable memorabilia and fans pictures capturing live performances from the late Sixties and beyond. 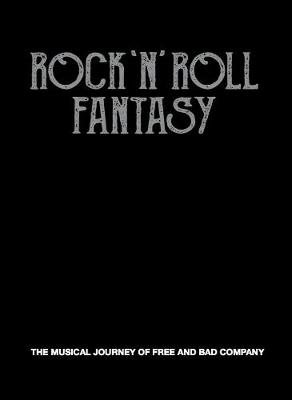 Paint My Name in Black and Gold: The Rise of the Sisters of Mercy
Mark Andrews
Trade Paperback
€16.25

Bruce Springsteen: Like a Killer in the Sun: Selected Lyrics 1972-2017
Leonardo Colombati
Paperback
€23.75