Recorded in 2009, Nobel Laureate Seamus Heaney reads his first eleven collections of poems in their entirety. In this new edition Faber has added live readings by the poet of eleven poems from his final collection, Human Chain (2010), to complete the collection. 'His is "close-up" poetry - close up to thought, to the world, to the emotions. Few writers at work today, in verse or fiction, can give the sense of rich, fecund, lived life that Heaney does.' John Banville 'More than any other poet since Wordsworth he can make us understand that the outside world is not outside, but what we are made of.' John Carey 'Heaney's voice, by turns mythological and journalistic, rural and sophisticated, reminiscent and impatient, stern and yielding, curt and expansive, is one of a suppleness almost equal to consciousness itself.' Helen Vendler 'There are few poets whose reading voice is so crucial to the poems' effect' - Bernard O'Donoghue, The Irish Times. Death of a Naturalist Door into the Dark Wintering Out North Field Work Station Island (part one) Station island (part two & three) The Haw Lantern Seeing Things (part one) Seeing Things (part two) The Spirit Level (part one) The Spirit Level (part two) Electric Light (part one) Electric Light (part two) District and Circle Human Chain 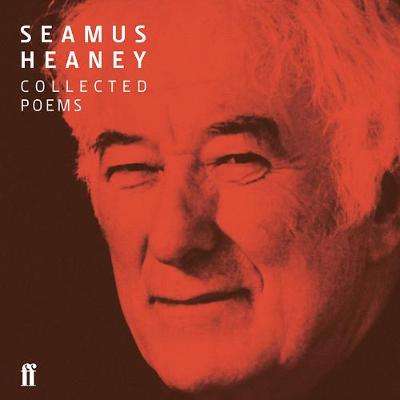 10% off
The Hitchhiker's Guide to the Galaxy: Two full-cast audio dramatisations
Douglas Adams
€17.99

10% off
The Restaurant at the End of the Universe
Douglas Adams
€19.79

10% off
The Testaments: The Sequel to The Handmaid's Tale
Margaret Atwood
€21.87