Wracked with guilt, Dirk Provin has fled the Lion of Senet's court in Avacas to hide in the Baenlands with Tia Veran, where he finds that he can't escape his destiny, no matter how hard he tries. The Lion of Senet has finally accepted that Dirk will not return to Avacas willingly, so, with the help of the High Priestess, he sets about driving him out into the open with a series of atrocities so dreadful that even Dirk cannot ignore them. Desperate to expose Antonov and Belagren's lies, Dirk and Tia travel to the ruins at Omaxin, in the hope of uncovering the truth about the Age of Shadows.

But in Omaxin, Dirk will discover an unexpected truth and be forced to make a decision that will mark him forever as a traitor. 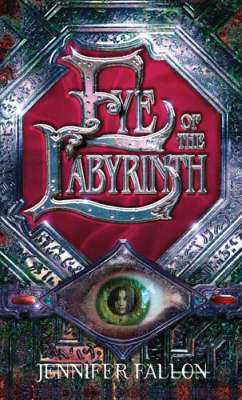 Paperback
Second Sons Book 2 : Eye of the Labyrinth also appears in these Categories: