P.P. Arnold's story is that of a rich and varied life. From her early musical origins in powerhouse church gospel, the talented singer's career began when she joined the Ike & Tina Turner Revue at the age of just seventeen. But little did the young Ikette know how much her world was about to be turned upside-down... Upon arriving in London in 1966 to support the Rolling Stones, the shy but vivacious nineteen-year-old caught the eye of frontman Mick Jagger. He would persuade her to stay in the city and record as a solo artist, ultimately leading to a five-decade career working with everyone from Jagger, Rod Stewart, the Small Faces, Eric Clapton and Nick Drake to Barry Gibb, Peter Gabriel, Roger Waters, the KLF, Paul Weller and Primal Scream. However, it has been far from a gilded life for the musical star, who, after being forced into marriage at the age of fifteen upon becoming pregnant, went on to endure a string of personal traumas, including physical abuse from her husband, sexual abuse at the hands of her one-time musical mentor and, later, the tragic loss of her young daughter in a road accident. Yet the legendary musician survived it all and has continued to reinvent herself throughout the years, be that as a West End actress, a much-sought-after backing singer or a renowned pop and soul star in her own right. Now, for the first time, she is telling her remarkable story. This is the long-awaited memoir of a true soul survivor. 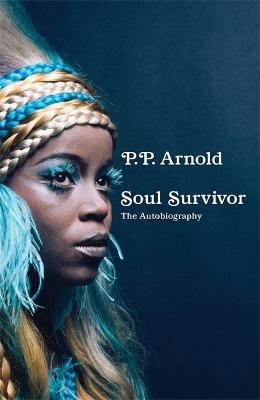 Hardback
Soul Survivor: The Autobiography also appears in these Categories:

100 Animals That Can F*cking End You
Mamadou Ndiaye
Hardback
€21.25

The Japanese: A History in Twenty Lives
Christopher Harding
Paperback
€16.25