Stalinism at War: The Soviet Union in World War II

Stalinism at War tells the epic story of the Soviet Union in World War Two. Starting with Soviet involvement in the war in Asia and ending with a bloody counter-insurgency in the borderlands of Ukraine, Belarus and the Baltics, the Soviet Union's war was both considerably longer and more all-encompassing than is sometimes appreciated. Here, acclaimed scholar Mark Edele explores the complex experiences of both ordinary and extraordinary citizens - Russians and Koreans, Ukrainians and Jews, Lithuanians and Georgians, men and women, loyal Stalinists and critics of his regime - to reveal how the Soviet Union and leadership of a ruthless dictator propelled Allied victory over Germany and Japan. In doing so, Edele weaves together material on the society and culture of the wartime years with high-level politics and unites the military, economic and political history of the Soviet Union with broader popular histories from below. The result is an engaging, intelligent and authoritative account of the Soviet Union from 1937 to 1949. 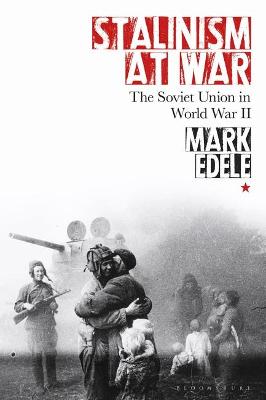 Hardback
Stalinism at War: The Soviet Union in World War II also appears in these Categories:

All About Me!: My Remarkable Life in Show Business
Mel Brooks
Hardback
€21.25

Call the Midwife - A Labour of Love
Stephen McGann
Hardback
€24.99

Everyone You Hate is Going to Die
Daniel Sloss
Hardback
€20.99

12% off
The Soaring Life of the Lark
John Lewis-Stempel
Hardback
€10.99

The Turning Point: A Year that Changed Dickens and the World
Robert Douglas-Fairhurst
Hardback
€30.85