Staring at Lakes: A Memoir of Love, Melancholy and Magical Thinking

Throughout his life, Michael Harding has lived with a sense of emptiness - through faith, marriage, fatherhood and his career as a writer, a pervading sense of darkness and unease remained. When he was fifty-eight, he became physically ill and found himself in the grip of a deep melancholy. Here, in this beautifully written memoir, he talks with openness and honesty about his journey: leaving the priesthood when he was in his thirties, settling in Leitrim with his artist wife, the depression that eventually overwhelmed him, and how, ultimately, he found a way out of the dark, by accepting the fragility of love and the importance of now. Staring at Lakes started out as a book about depression. And then became a story about growing old, the essence of love and marriage - and sitting in cars, staring at lakes. 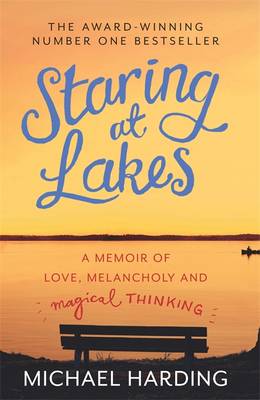 Paperback
Staring at Lakes: A Memoir of Love, Melancholy and Magical Thinking also appears in these Categories:

Crimson and Gold: Life as a Limerick
Mark Patrick Hederman
€19.99

The Reason I Jump
Naoki Higashida
€12.20