In 1907 J. M. Synge achieved both notoriety and lasting fame with The Playboy of the Western World. The Aran Islands, published in the same year, records his visits to the islands in 1898-1901, when he was gathering the folklore and anecdotes out of which he forged The Playboy and his other major dramas.

Yet this book is much more than a stage in the evolution of Synge the dramatist. As Tim Robinson explains in his introduction, "If Ireland is intriguing as being an island off the west of Europe, then Aran, as an island off the west of Ireland, is still more so; it is Ireland raised to the power of two." Towards the end of the last century Irish nationalists came to identify the area as the country's uncorrupted heart, the repository of its ancient language, culture and spiritual values. It was for these reasons that Yeats suggested Synge visit the islands to record their way of life. The result is a passionate exploration of a triangle of contradictory relationships - between an island community still embedded in its ancestral ways but solicited by modernism, a physical environment of ascetic loveliness and savagely unpredictable moods, and Synge himself, formed by modern European thought but in love with the primitive. 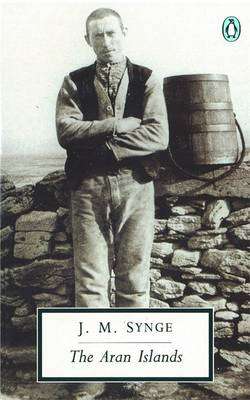 Paperback
The Aran Islands also appears in these Categories:

A Year in Paris: Season by Season in the City of Light
John Baxter
€13.25

My Midsummer Morning: Rediscovering a Life of Adventure
Alastair Humphreys
€12.05

One More Croissant for the Road
Felicity Cloake
€12.05