An astonishing act of piracy, the capture of the British war ship, the Upnor changed the course of Ireland's Civil War. Flawless in its planning and execution, while Winston Churchill remarked on Irish 'genius for conspiracy', a furious Michael Collins accused the British of deliberately arming his enemies. Indeed, it's highly likely that the bullet that killed him originated in the Upnor. The Ballycotton Job brings this riveting story to life, its cast of disparate characters and strands of adventure beautifully woven together. This book sees events leading up to the capture as well as the consequences of the Upnor seizure discussed in detail. Based on years of archival research, it tells a unique story of both sides, Irish and British. The book's fast-paced narrative is enlivened by dialogue and details obtained from interviews with participants. Ireland teetered on the verge of civil war, the IRA splitting into anti-Treaty and pro-Treaty stance, Michael Collins and the Provisional Government on the pro-Treaty side. Cork's Sean O'Hegarty, the local anti-Treaty IRA leader, prevented Collins' National Army from entering the city. As the British evacuated soldiers and equipment back to England, O'Hegarty came up with a brilliant plan to capture the munitions en route. Commandeering a tugboat from the Royal Navy base at Queenstown/Cobh, they sped out of the fortified harbour on a mission. Simultaneously, over eighty trucks and lorries were hijacked all across Cork, leaving citizens mystified as to what was going on. In a clever ruse, the IRA squad captured arms ship Upnor, bringing it into the small port of Ballycotton. The village, now under the control of IRA fighters, witnessed the unloading of weaponry onto waiting lorries then driven off to secret arms dumps throughout Cork. O'Hegarty's men seized eighty tons of arms, subsequently distributed to southern IRA divisions during the Civil War. This audacious act of piracy caused a sensation. 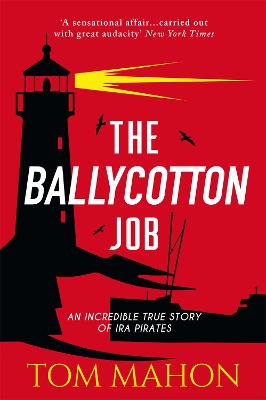 Paperback
The Ballycotton Job also appears in these Categories: