If you think you know everything about the East End's toughest gangsters, think again. Meet Linda Calvey, aka the Black Widow. Growing up after the war in the East End of London, Linda falls in with local gangsters including the Krays, Freddie Foreman and Ronnie Cook. When the love of her life, Mickey Calvey, is gunned down on a job gone wrong, Linda resolves to carry on his work. But in 1990, after years of living in fear of her lover Ronnie Cook, Linda finds herself accused of his murder alongside Danny Reece, in a trial that shocks the nation. Still, Linda sticks to her code of honour, refusing to confess. Until now... After 18 years behind bars alongside notorious names including Rose West and Myra Hindley, she is released. This is the final truth about her life and what happened the day Ronnie Cook was murdered. 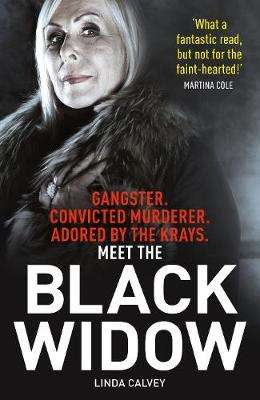 Paperback
The Black Widow also appears in these Categories:

17% off
Catch and Kill: Lies, Spies and a Conspiracy to Protect Predators
Ronan Farrow
€9.99

The Last Stone: A Masterpiece of Criminal Interrogation
Mark Bowden
€10.85