The Book of Science and Antiquities

A novel of breath-taking reach and inspired imagination, drawing on the discovery of Australia's oldest known human inhabitant. Shade lives peaceably with his second wife on the shores of a bountiful lake. Conscious of ageing but still vigorous, when called on by the spirit ancestors to sacrifice himself for the sake of his clan, he knows he must obey. Over 40,000 years later, Shade's skeleton is unearthed near the now dry Lake Learned in New South Wales. The sensational discovery of so-called 'Learned Man' rewrites the history of Australia and fuels the Aboriginal people's claim to be the land's rightful owners - and has a lasting impact on a young documentary maker, Shelby Apple, who gets caught up in the fate of Learned's remains. When Shelby, too, faces mortality and looks back on his life, Learned stands as an enduring spirit, a fellow player in the long, ever-evolving story of humankind. 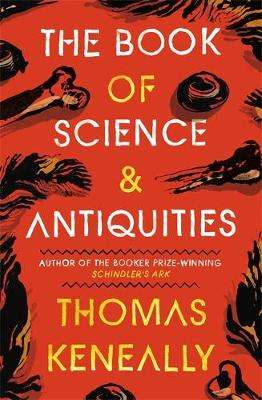 Paperback
The Book of Science and Antiquities also appears in these Categories:

Missing Person: The unputdownable new thriller from the author of The Tree
Sarah Lotz
€10.99