**The Break is the brand new novel from Marian Keyes, out on September 7th 2017 - preorder it now** 'Myself and Hugh . . . We're taking a break.' 'A city-with-fancy-food sort of break?' If only. Amy's husband Hugh says he isn't leaving her. He still loves her, he's just taking a break - from their marriage, their children and, most of all, from their life together. Six months to lose himself in south-east Asia. And there is nothing Amy can say or do about it. Yes, it's a mid-life crisis, but let's be clear: a break isn't a break up - yet . . . However, for Amy it's enough to send her - along with her extended family of gossips, misfits and troublemakers - teetering over the edge. For a lot can happen in six-months. When Hugh returns if he returns, will he be the same man she married? And will Amy be the same woman? Because if Hugh is on a break from their marriage, then isn't she? The Break isn't a story about falling in love but about staying in love. It is Marian Keyes at her funniest, wisest and brilliant best. 'A born storyteller' Independent on Sunday 'When it comes to writing page-turners that put a smile on your face and make you think, Keyes is in a class of her own' Daily Express 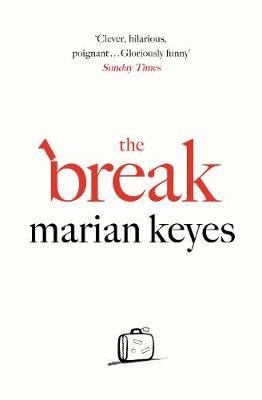 Paperback
The Break also appears in these Categories:

Oh My God What a Complete Aisling
Emer McLysaght
Paperback
€9.99