THE COMING OF THE THIRD REICH

Richard Evans' brilliant book unfolds perhaps the single most important story of the 20th century: how a stable and modern country in less than a single lifetime led Europe into moral, physical and cultural ruin and despair. A terrible story not least because there were so many other ways in which Germany's history could have been played out. With authority, skill and compassion, Evans recreates a country torn apart by overwhelming economic, political and social blows: the First World War, Versailles, hyperinflation and the Great Depression. One by one these blows ruined or pushed aside almost everything admirable about Germany, leaving the way clear for a truly horrifying ideology to take command. 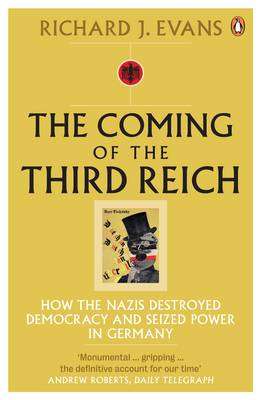 Paperback
THE COMING OF THE THIRD REICH also appears in these Categories:

Leadership in War: Lessons from Those Who Made History
Andrew Roberts
€12.05