The GAA and the War of Independence

Founded in 1884 to promote Irish identity and revive the traditional sports of hurling, football and handball, the GAA enjoyed an intimate relationship with the nationalist movement from the turn of the twentieth century onwards. In 1914, the Irish Volunteers drilled with hurley sticks in the absence of rifles; after the 1916 Rising many of those interned by the British were GAA members; and on 21 November 1920, a Gaelic football match between Dublin and Tipperary at Croke Park was interrupted by a raid by British crown forces that left fourteen dead in Ireland's first 'Bloody Sunday'. With affection and authority, Tim Pat Coogan traces the stirring story of an institution which, from modest beginnings as a grass-roots sporting organisation, has grown into a cornerstone of Irish society both North and South. The Gaelic Athletic Association is, Coogan argues, the most socially valuable organisation in Ireland, whose ideal of voluntarism has contributed to a distinctive sense of national identity that flourishes wherever green is worn. 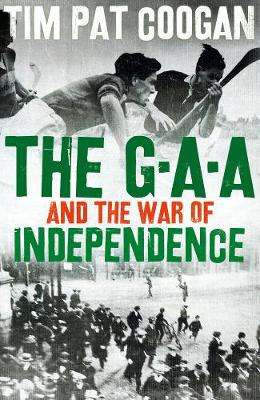 20% offPaperback
The GAA and the War of Independence also appears in these Categories:

21% off
Behind Closed Doors: Life, Laughs and Football
Gary Lineker
€14.80

20% off
Pride and Passion: My Autobiography
Warren Gatland
€11.00