First in a "wildly inventive and wildly representative" (The New York Times Book Review) historical fantasy series, Roshani Chokshi's The Gilded Wolves follows the exploits of a found family--six societal outcasts tasked with stealing a powerful artifact that can alter their lives for the better, but at the cost of breaking the world.

All eyes are on Paris where the Exposition Universelle World Fair is to be held. Hidden among the technological marvels and artistic creations on display is an item of unimaginable power--a Babel fragment that would enable those who wield it with magical Forging abilities over nature's elements.

Séverin Montagnet-Alarie's birthright was stolen from him. Now, to reclaim his rightful place among France's elite, he must obtain the Babel fragment for the Order. It is a heist that will require the ingenuity and skills of those with nothing to lose and everything to gain: Enrique, a gifted historian and wordsmith, caught between two worlds; Zofia, a brilliant Forging artist and engineer, separated from her family; Hypnos, a rival aristocrat who needs an ally among the Order; Tristan, an extraordinary Forger raised at Séverin's side, loyal to his adopted brother's quest; and Laila, the mysterious dancer and espionage artist who stole Séverin's heart in a moment of vulnerability he couldn't afford.

But as the dangerous risks of their escapade surge, Séverin finds himself torn between his desire for revenge against all those who wronged him and the people he's deliberately placing in harm's way--including the woman he loves and fears to lose... 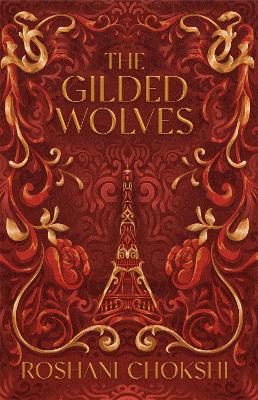 Paperback
The Gilded Wolves also appears in these Categories:

20% off
Lord of Shadows: The stunning new edition of the international bestseller
Cassandra Clare
Hardback
€14.99

The Key to You and Me
Jaye Robin Brown
Paperback
€9.99

The Writing on the Wall
Jenny Eclair
Paperback
€9.99

11% off
The Merciless Ones
Namina Forna
Paperback
€9.99

Who I Was with Her
Nita Tyndall
Paperback
€9.99