The History of Marriage Equality in Ireland: A Social Revolution Begins

Ireland is the first country in the world to extend civil marriage to same sex couples through a public vote. The marriage equality referendum saw record numbers turn out to register their votes including Irish emigrants who returned from around the world to ensure an impressive majority in favour of this constitutional amendment. The overwhelming positive result marked a clear separation of church and State for possibly the first time in Ireland. The Yes Equality campaign ignited a social revolution across Ireland, witnessed more recently with further referenda decriminalising abortion and introducing a less punitive regime for obtaining a divorce. Utilising published reports, newspaper articles, marriage equality papers and extracts from Dail debates, this book traces the key legislative and social changes surrounding Irish marriage equality, from the establishment of the advocacy group in 2008 to the referendum on the extension of civil marriage rights to same-sex couples in Ireland in 2015. With a foreword by Ivana Bacik, a Senator and Reid Professor of Criminal Law, Criminology and Penology at Trinity College Dublin, best known for her tireless work defending human rights, this book offers a concise historical record of the momentous referendum on marriage equality. -- . 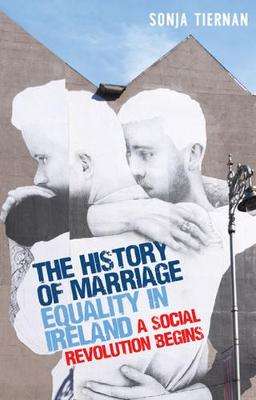 Hardback
The History of Marriage Equality in Ireland: A Social Revolution Begins also appears in these Categories:

Trials of the State: Law and the Decline of Politics
Jonathan Sumption
€11.25