The Lost Soul Of Eamonn Magee

Magee is Ireland's answer to Johnny Tapia - Gibson captures the craziness of his life brilliantly. A book that is impossible to put down' Carl Frampton 'Raw, riveting, beautifully written...an unforgettable book.' Donald McRae, The Guardian Eamonn Magee is widely regarded as one of the most gifted fighters to ever emerge from Ireland. Yet, despite becoming a world champion in 2003, such was his genius it will always be considered a career unfulfilled. Women, drink, drugs, gambling, depression and brushes with the law all took Eamonn away from his craft. Then there was the violence: a throat slashed, an IRA bullet in the calf, a savage, leg-shattering beating. Wherever Eamonn went, trouble was never too far behind. Upon his retirement, Eamonn turned his attention to training and oversaw the rise of his son's boxing career. However, the prospect of a Magee dynasty was cruelly halted in 2015 when Eamonn Jnr was brutally stabbed to death in West Belfast in a premeditated attack. The Lost Soul of Eamonn Magee is a uniquely intimate telling of a barely believable life story. It is a compelling story filled with heartache and laughter, violence and love, unthinkable lows and fleeting, glorious highs. Eamonn's is a story for which the term `brutally honest' might have been coined. 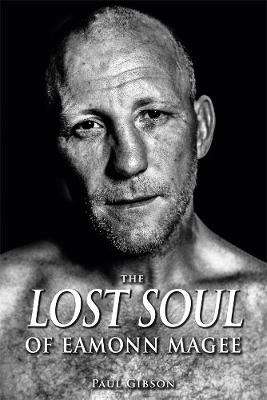 Paperback
The Lost Soul Of Eamonn Magee also appears in these Categories: