The Medusa Project: The Hostage

The second chapter in Sophie McKenzie's bestselling series, back with a fresh new cover design! Meet Nico, Ketty, Ed and Dylan - four psychic teens brought together by government agents to create the secret crime-fighting force The Medusa Project. After a narrow escape from the evil clutches of Jack Linden, the gang are back and the stakes are even higher. Ketty's brother Lex has stumbled into a dangerous game involving his boss and a hidden bomb. It's up to Ketty to save him without letting on what she knows to the rest of the team. But can she control her psychic visions, and her feelings for Nico, without getting the team's cover - and herself - blown sky high? 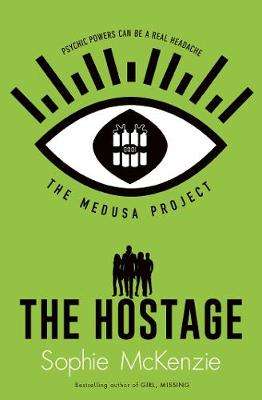 Paperback
The Medusa Project: The Hostage also appears in these Categories:

The Magpie Society: One for Sorrow
Amy McCulloch
€14.45

I Know You Remember
Jennifer Donaldson
€9.65

A Snowfall of Silver
Laura Wood
€9.65

A Clock of Stars: The Shadow Moth
Francesca Gibbons
€12.99