The Murder of Dr Muldoon

A priest and his housekeeper abandon a baby girl on the doorstep of a house near the Black Church in Dublin's north inner city in February 1923.

The two are handed over to the police, charged and sent for trial.

A month later, a young doctor is shot dead on the streets of Mohill, Co. Leitrim. The two incidents are connected, but how? In the days following the shooting of Dr Paddy Muldoon, the name of a local priest was linked to the killing and rumours abounded of a connection to the events in Dublin a month earlier and also that an IRA gang had been recruited to carry out the murder.

However, despite an investigation at the time, the murder remained unsolved for almost 100 years.

Now, newly discovered archive material from a range of sources, including the Muldoon family, has made it possible to piece together the circumstances surrounding the doctor's death, and reveals how far senior figures in the Church, State and IRA were willing to go to cover up a scandal. 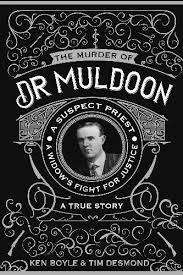 20% offPaperback
The Murder of Dr Muldoon also appears in these Categories: