The Myth of Sisyphus

The summation of the existentialist philosophy threaded throughout all his writing, Albert Camus' "The Myth of Sisyphus" is translated by Justin O'Brien with an introduction by James Wood in "Penguin Classics". In this profound and moving philosophical statement, Camus poses the fundamental question: Is life worth living? If human existence holds no significance, what can keep us from suicide? As Camus argues, if there is no God to give meaning to our lives, humans must take on that purpose themselves. This is our 'absurd' task, like Sisyphus forever rolling his rock up a hill, as the inevitability of death constantly overshadows us. Written during the bleakest days of the Second World War, "The Myth of Sisyphus" ("Le Mythe de Sisyphe") argues for an acceptance of reality that encompasses revolt, passion and, above all, liberty. This volume contains several other essays, including lyrical evocations of the sunlit cities of Algiers and Oran, the settings of his great novels "The Outsider" and "The Plague". 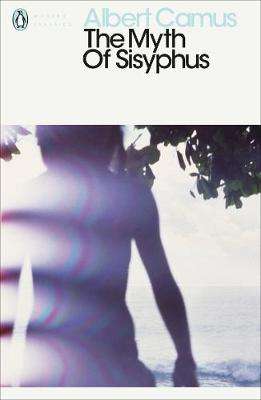 Paperback
The Myth of Sisyphus also appears in these Categories:

The Use and Abuse of History
Friedrich Nietzsche
€3.70

2.5% off
Consolations: The Solace, Nourishment and Underlying Meaning of Everyday Words
David Whyte
€18.05

3.5% off
How the World Thinks: A Global History of Philosophy
Julian Baggini
€11.90

The Will to Power
Friedrich Nietzsche
€4.95

The School of Life: An Emotional Education
Alain de botton
€18.50