A collection of essential writings from the iconic foremother of Black women's intellectual history, feminism, and activism, who helped pave the way for modern social justice movements like Black Lives Matter and Say Her Name A Penguin Classic The Portable Anna Julia Cooper brings together, for the first time, Anna Julia Cooper's major collection of essays, A Voice from the South, along with several previously unpublished poems, plays, journalism and selected correspondences, including over thirty previously unpublished letters between Anna Julia Cooper and W. E. B. Du Bois. The Portable Anna Julia Cooper will introduce a new generation of readers to an educator, public intellectual, and community activist whose prescient insights and eloquent prose underlie some of the most important developments in modern American intellectual thought and African American social and political activism. Recognized as the iconic foremother of Black women's intellectual history and activism, Cooper (1858-1964) penned one of the most forceful and enduring statements of Black feminist thought to come of out of the nineteenth century. Attention to her work has grown exponentially over the years--her words have been memorialized in the US passport and, in 2009, she was commemorated with a US postal stamp. Cooper's writings on the centrality of Black girls and women to our larger national discourse has proved especially prescient in this moment of Black Lives Matter, Say Her Name, and the recent protests that have shaken the nation.

Printed on or after 17/11/22. Please note dispatch may take 5-10 days after publication date.
A separate order should be placed for this item. If you order this along with other items, your entire order will be held and despatched when complete. 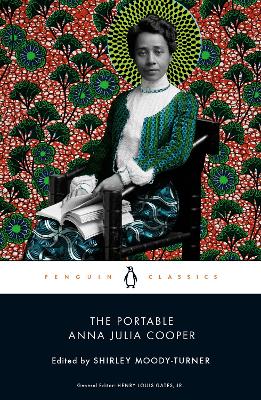 Swim in a Pond in the Rain
George Saunders
Paperback
€13.75

Around the World in 80 Books
David Damrosch
Paperback
€13.75

An Admirable Point: A Brief History of the Exclamation Mark!
Florence Hazrat
Hardback
€16.25

The Sinner and the Saint: Dostoevsky, a Crime and Its Punishment
Kevin Birmingham
Paperback
€13.75

The Little Book of Edgar Allan Poe: Wit and Wisdom from the Master of the Macabr
Orange Hippo!
Hardback
€7.50

How to Write Like a Writer
Thomas C Foster
Trade Paperback
€16.25