A sudden death in the family delivers Julia a box of love letters. Dusty with age, they tell the story of an illicit affair between the brilliant twentieth-century novelist, Elizabeth Bowen, and a young academic called Humphry House - Julia's grandfather. Using fascinating unpublished correspondence, The Shadowy Third exposes the affair and its impact by following the overlapping lives of three very different characters through some of the most dramatic decades of the twentieth century; from the rarefied air of Oxford in the 1930s, to the Anglo-Irish Big House, to the last days of Empire in India and on into the Second World War. The story is spiced with social history and a celebrated supporting cast that includes Isaiah Berlin and Virginia Woolf. In the style of Bowen, a novelist obsessed by sense of place, Julia travels to all the locations written about in the letters, retracing the physical and emotional songlines from Kolkata to Cambridge, Ireland to Texas. With present day story telling that acts as a colourful counterpoint to the historical narrative, this is an unparalleled debut work of personal and familial investigation. 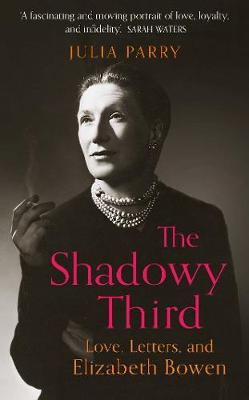