The Theatre of Thomas Kilroy

Thomas Kilroy, Ireland's leading intellectual playwright, has, over the span of a fifty-year career, consistently resisted fixed categories and boundaries in both his stagecraft and the themes of his plays. In a close consideration of ten of his major works for the stage, and drawing extensively on archival materials, Lanters explores how Kilroy has challenged his audiences by confronting them with subject matter often perceived disturbing, controversial, even taboo within an Irish context, including homophobia, misogyny, marital unhappiness, mental illness, nationalist extremism, and religious fanaticism. Frequently drawing on styles rarely seen on the Irish stage, ranging from Artaud's `theatre of cruelty' to Japanese Kabuki theatre, Kilroy's highly imaginative, thought-provoking, and challenging plays have alerted audiences to the complexity and inconstancy of the realities around them as well as the intricacies of the human psyche. Based on the reoccurrence of certain motifs in Kilroy's oeuvre, the present study divides his ten plays into three groups, characterised in broadly thematic terms. In The O'Neill (1969), Double Cross (1986), and The Madame MacAdam Travelling Theatre (1991), Kilroy considers the politics of identity and questions extreme forms of nationalism, in Northern Ireland, the Republic, and beyond. The Death and Resurrection of Mr Roche (1968), Tea and Sex and Shakespeare (1976), The Secret Fall of Constance Wilde (1997), and Christ, Deliver Us! (2010) reveal Kilroy's ongoing interest in the fluid nature of gender and sexuality, and the tragedies that ensue when authoritarian figures or institutions seek to regulate and constrain their expression. The focus in Talbot's Box (1977), The Shape of Metal (2003), and Blake (2011) is on the single-minded, self-involved nature of great artists and mystics, whose unique visionary gifts render them at times `monstrous' to the people around them, and to themselves. 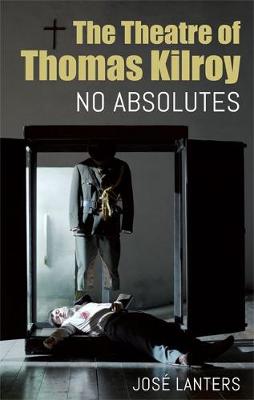 11% offHardback
The Theatre of Thomas Kilroy also appears in these Categories: