Thirteen is the legal thriller Lee Child, Michael Connelly, and Ruth Ware are raving about and readers cant put down.

Its the murder trial of the century. And Joshua Kane has killed to get the best seat in the house  and to be sure the wrong man goes down for the crime. Because this time, the killer isnt on trial. Hes on the jury.

But theres someone on his tail. Former-conman-turned-criminal-defense-attorney Eddie Flynn doesnt believe that his movie-star client killed two people. He suspects that the real killer is closer than they think  but who would guess just how close?

Outstanding - an intriguing premise, a tense, gripping build-up, and a spectacular climax. This guy is the real deal. Trust me. - Lee Child

A dead bang beast of a book that expertly combines Cavanaghs authority on the law with an absolutely great thrill ride. Books this ingenious dont come along very often. - Michael Connelly 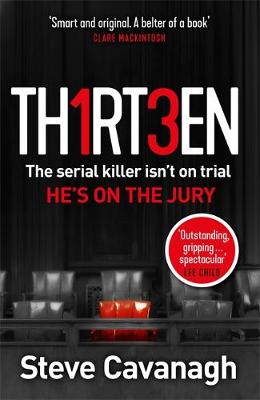 A Flicker in the Dark
Stacy Willingham
Paperback
€11.25