Her mother, who wrote vivid versions of old Irish folk tales, once said of the Irish Civil War: 'In those days... fear kept you from sleeping, but also from getting fat or bored.' Her father was Director of Publicity for the IRA during that savage conflict. He made bombs. A brilliant writer, his first book of stories was banned and he was summoned by his old IRA comrades to be court-martialled for writing it. He became one of Ireland's most celebrated writers and a radical dissident during the 1940s, challenging Church and State for their betrayal of the people's needs. His affairs with Elizabeth Bowen and many other women were betrayals of a more intimate kind. This was the backdrop to Julia O'Faolain's childhood. Her life is filled with great characters: Frank O'Connor, Paul Henry, Garret Fitzgerald, Hubert Butler, Patrick Kavanagh and Richard Ellman; and later, in their villas outside Florence, Harold Acton and Violet Trefusis, along with a cast of prim communists and raffish reactionary aristocrats. This is a book about being an outsider looking in, a trespasser in Ireland and in other countries - France, Italy in the late 1950s, the West Coast during the turbulent sixties - and also in other lives, the permanent temptation of the creative writer. 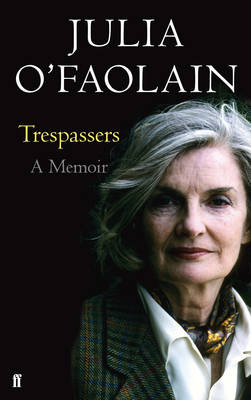 73% offPaperback
Trespassers: A Memoir also appears in these Categories:

84% off
All at Sea
Julian Sayarer
Paperback