Tyson Fury is colossal - six feet nine inches tall and a whisker under 20 stones in weight. He is spectacularly fast. He has a punch that could knock over a rhino and he can dance and weave like no one since the great Muhammad Ali. When he destroyed the fearsome Deontay Wilder in Las Vegas to become two-time world heavyweight champion in February 2020, the world held its breath. Fury was born in 1988 and named after Mike Tyson, who was then the world heavyweight champion.

Tyson comes from a long line of gypsy bare knuckle fighters. His father, Gypsy John Fury and grandfather, Tiger Gorman, both fought as professionals. Tyson's success has not come easily, but he has fought the terrible battles of his personal life as bravely as those in the ring.

In this extraordinary biography you will read how he overcame addiction to cocaine and alcohol and lost a staggering eight stone in weight to make his comeback. His bravery in talking about his mental health problems is an inspiration to many. Now he is happy and at the top of his game. There seems little doubt that, for Tyson Fury, Gypsy King of the World, the best is yet to come... 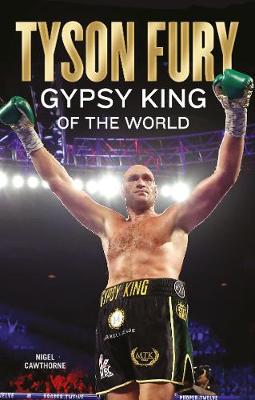 Paperback
Tyson Fury: Gypsy King of the World also appears in these Categories:

Toughest Season: A Year Like No Other
Sportsfile
Paperback
€19.95