Winner of the Bord Gáis Energy Irish Book Awards Ireland AM Crime Fiction Book of the Year Award for 2014 and shortlisted for the Bord Gáis Energy Irish Book Awards The John Murray Show Listener's Choice Award for 2014.This book is the winner of the IBA Crime Fiction Book of the Year 2014. I expected more of a reaction the first time I hit her. Liz Nugent's gripping novel of psychological suspense, Unravelling Oliver, is a complex and elegant study of the making of a sociopath in the tradition of Barbara Vine and Patricia Highsmith. Oliver Ryan is a handsome and charismatic success story. He lives in the suburbs with his wife, Alice, who illustrates his award-winning children's books and gives him her unstinting devotion. Their life together is one of enviable privilege and ease - enviable until, one evening after supper, Oliver attacks Alice and beats her into a coma. In the aftermath, as everyone tries to make sense of his astonishing act of savagery, Oliver tells his story. So do those whose paths he has crossed over five decades. What unfolds is a story of shame, envy, breath-taking deception and masterful manipulation. Only Oliver knows the lengths to which he has had to go to get the life to which he felt entitled. But even he is in for a shock when the past catches up with him.

"Compelling, clever and dark, unlike any other psychological thriller you will have read before...you'll gobble it up in one go." (Heat Magazine). 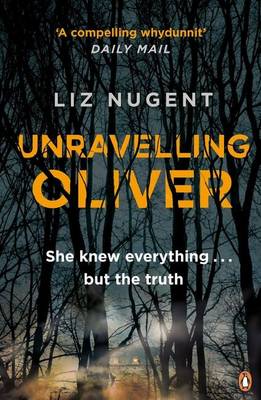 The Fountains of Silence
Ruta Sepetys
€9.75

While We Can't Hug
Eoin McLaughlin
€8.50

5% off
Corpsing, My Body and Other Horror Stories
Sophie White
€15.00