1999: Manchester United, the Treble and All That

In 1999, Manchester United completed a unique Treble, winning the Premier League, FA Cup and Champions League - but more remarkable than that was how they did it, and the stories behind the historic achievement. Matt Dickinson covered the whole story at the time, and now in 99 compelling chapters brings it all vividly to life. When the season began, Manchester United were up for sale, the club's iconic talisman Eric Cantona had gone, rivals Arsenal were the reigning Double winners, David Beckham was a national hate figure after being sent off during the World Cup, and even manager Alex Ferguson's position was being questioned. Early signs weren't promising, despite record spending to bring in new stars, among them Jaap Stam and Dwight Yorke, but soon things began to change. Driven by the indomitable will of skipper Roy Keane, supported by a nucleus from the Class of 92 - Beckham, Nicky Butt, Ryan Giggs, the Nevilles and Paul Scholes - who had grown up at the club, they went on a long unbeaten and unbeatable run, featuring some of the most dramatic games in fans' memories. Matt Dickinson highlights the key moments, speaking to those at the centre of the story and to those whose moment went unnoticed. 1999: Manchester United, the Treble and All That is so much more than a book for United fans; it is an insight into team building, the will to success and a tale of local pride. It reveals the real stories behind the legend that was sealed with a last-minute scrambled goal from Ole Gunnar Solskjaer to win the Champions League. 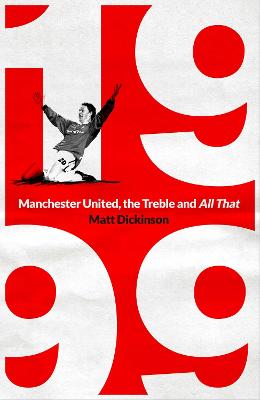 20% offHardback
1999: Manchester United, the Treble and All That also appears in these Categories:

Learn How to Ride a Horse
Debby Sly
Hardback
€16.25