A bright and readable book giving an overview of the ancient legal codex, Brehon Law. Brehon Law is an incredibly valuable part of our Irish heritage, being not only the oldest legal codex but also a priceless source of information about the earliest culture, customs and practices of this country. Its origins lie far back in pre-recorded history; hundreds if not thousands of years before Christianity arrived. Originally evolved by the people for the people, reflecting the needs of the times and developing with them, the laws were always transmitted orally, passed down from generation to generation. By the time Christian scribes committed them to written documents, therefore, they were already ancient. As such, Brehon Law sources are scarce and often present conflicting information - Jo Kerrigan's Brehon will discuss the genuine laws, insofar as they are known, while offering a fresh, engaging perspective on those which will most resonate with the modern reader. Subjects such as the Bee Tracts, the value of dogs and cats, sex/marriage/rape/divorce, punishment and honour price will be presented alongside illustrations and photographs. 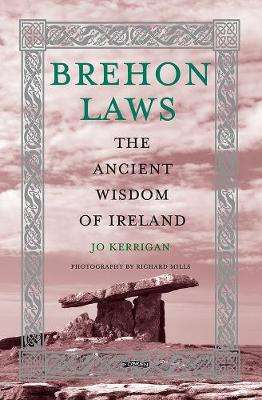 32.5% offHardback
Brehon Laws: The Ancient Wisdom of Ireland also appears in these Categories: