In January 1919, at Soloheadbeg in County Tipperary, two members of the Royal Irish Constabulary (RIC) were killed by the IRA. In the four bloody years that followed, nearly 500 RIC men were killed and hundreds more wounded. In Tipperary alone, 46 policemen were killed, making it one of most violent counties in Ireland.The popular image of the RIC is that they were the 'eyes and ears of Dublin Castle', an oppressive colonial force policing its fellow countrymen. But the truth is closer to home: many were Irishmen who joined because it was a secure job with prospects and a pension at the end of service. When confronted with a volunteer army of young and dedicated guerrilla fighters, it was unable to cope. When the conflict ended, the RIC was disbanded, not at the insistence of the Provisional Government, but of its own members. This thought-provoking book shows the grim reality of the conflict in Tipperary was a microcosm for the wider battles of the War of Independence. 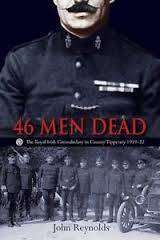 19% off
Saving the State: Fine Gael from Collins to Varadkar
Ciara Meehan
€22.49

10% off
Canada and Ireland: A Political and Diplomatic History
Philip J. Currie
€22.77

10% off
Civilising Rural Ireland: The Co-Operative Movement, Development and the Nation-
Patrick Doyle