A Guarded Life: My story of the dark side of An Garda Siochana

THE UNFORGETTABLE MEMOIR OF A GARDA, A FORCED ADOPTION, AND A FIGHT FOR JUSTICE In February 1985, a story made headlines in the Irish national press. An unnamed policewoman was being threatened with dismissal from An Garda Siochana, for having given birth to a baby outside wedlock. Majella Moynihan was 22 years old. Pressured to give up her baby for adoption, she would go on to navigate a garda culture steeped in misogyny and prejudice until finally leaving the force 15 years on. In her memoir, Majella tells her story, from an institutional childhood after she lost her mother as a baby, to realising her vocation of becoming a guard, to the devastating ramifications of being charged with breaching the force's disciplinary rules - for having premarital sex with another guard, becoming pregnant, and having a child. It is also a story of hope and resilience. In the years that followed, despite many setbacks, Majella charted a new path, with vision, strength and focus. In 2019, she received an apology from the Garda Commissioner and Minister for Justice for the ordeal she endured as a young garda in the 1980s. Here she tells her inspirational story. 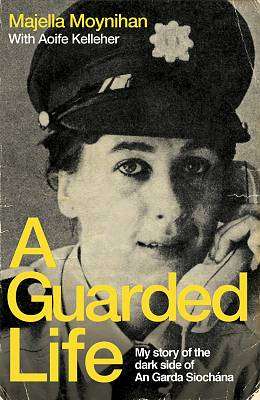 17% offTrade Paperback
A Guarded Life: My story of the dark side of An Garda Siochana also appears in these Categories:

Ghostland: In Search of a Haunted Country
Edward Parnell
€12.05

11% off
From the Outside: Rethinking Church Doctrine
Tony Flannery
€14.99