'Long may the barbarians continue, I pray, if not to love us, at least to hate one another.' Cornelius Tacitus, Rome's greatest historian and the last great writer of classical Latin prose, produced his first two books in AD 98. He was inspired to take up his pen when the assassination of Domitian ended 'fifteen years of enforced silence'. The first products were brief: the biography of his late father-in-law Julius Agricola and an account of Rome's most dangerous enemies, the Germans. Since Agricola's claim to fame was that as governor for seven years he had completed the conquest of Britain, begun four decades earlier, much of the first work is devoted to Britain and its people. The second is the only surviving specimen from the ancient world of an ethnographic study. Each in its way has had immense influence on our perception of Rome and the northern 'barbarians'. This edition reflects recent research in Roman-British and Roman-German history and includes newly discovered evidence on Tacitus' early career. ABOUT THE SERIES: For over 100 years Oxford World's Classics has made available the widest range of literature from around the globe. Each affordable volume reflects Oxford's commitment to scholarship, providing the most accurate text plus a wealth of other valuable features, including expert introductions by leading authorities, helpful notes to clarify the text, up-to-date bibliographies for further study, and much more. 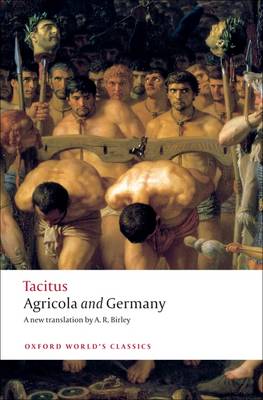 NUIG onlyP
Agricola and Germany also appears in these Categories: