All on the Line

Padraic Maher is one of the greatest hurlers of his generation and an icon in his beloved Tipperary.

Winner of three All-Ireland senior hurling medals and six All-Star awards, Maher was one of Tipperarys key men for over a decade  detailed to mark some of the biggest names in the history of the game  while with his club, Thurles Sarsfields, he ignited a revival that led to seven county titles. But then in early 2022, in his playing prime, he was forced to retire due to injury.

Here in his memoir, he looks at the effect that decision had on him and, in doing so, takes us back through his life and playing career.

From being a central figure in the great Tipperary-Kilkenny rivalry, to the unforgettable trilogy of Tipperary-Galway All-Ireland semi-finals, to his side of one of the most famous tackles in hurling when challenging Joe Canning on the Hogan Stand sideline, along with the personal challenges he has faced along the way, we are given an insight into new generation of GAA players in modern Ireland. 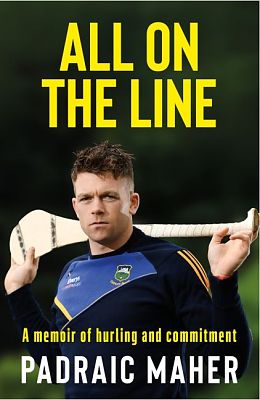 20% offTrade Paperback
All on the Line also appears in these Categories:

91% off
CRITICAL POSTMODERNISM IN MOVEMENT
Balboa
€24.19